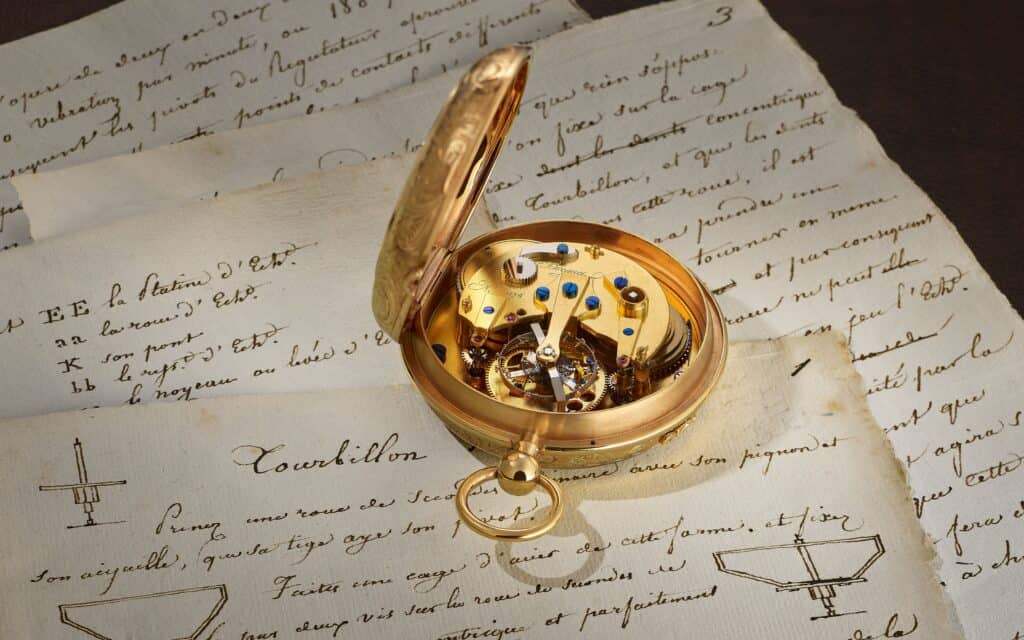 Breguet Celebrates Invention Of The Tourbillon

This year marks the 220th anniversary of one of the greatest watch making complications of all times: the Tourbillon. An extraordinary mechanism of unrivalled complexity, the invention lies at the heart of a genuine human adventure that, to this day, contributes extensively to the reputation of its creator, the Master watchmaker, Abraham-Louis Breguet.

Developed 220 years ago by Abraham-Louis Breguet (1747–1823), the Tourbillon has never been as vital to fine horology as it is today. Regarded as one of the greatest complications of all time, it continues to flourish at the House of the original inventor, Breguet. However, it has also been adopted by a number of other watchmaking brands because when Breguet patented it in 1801 it did so for only 10 years! Throughout the 19th century, it inspired other engineers, among them Bahne Bonniksen who, based on the observations made by Breguet, invented the carousel.

This year has been deemed the ‘Year Of The Tourbillon’ by Breguet and will be celebrated through various events and a new model on 26th June 2021 – 220 years to the day the patent was granted. Abraham-Louis Breguet, born in 1747 in Neuchâtel in Switzerland, was apprenticed to a watchmaker, and at the age of 15, he traveled to France to continue his apprenticeship in Versailles and Paris. He set up his own business on Île de la Cité in 1775, and by the time he presented his idea of the Tourbillon and applied to the authorities for a patent, he was already looking back on a long career.

His so-called Perpétuelle, or self-winding, watch enchanted first King Louis XVI and Queen Marie-Antoinette and eventually the entire court at Versailles. In 1793, Breguet was forced to flee the excesses of the French Revolution and seek refuge in the country of his birth. He lived in Switzerland for two years, first in Geneva, then in Neuchâtel, and finally in Le Locle.

Through study and observation, Breguet had perfected his understanding of the factors – especially those affecting the escapement – that might impair the precision of a timepiece. He “compensated” for the effects of the laws of physics that affect the inner workings of a watch and, with them, its rate regularity. As Breguet was unable to alter the law of gravity, he chose to “tame” its effects.

The word ‘Tourbillon’ is frequently misinterpreted and its astronomical meaning has long been forgotten. According to the major dictionaries of the 19th century, the word referred either to a planetary system and to its rotation on a single axis, or to the energy that causes the rotation of the planets around the sun. This sense of the word is far from its modern meaning of “violent rotation” or “uncontrollable storm.”

It is understood that the idea for the Tourbillon developed in Breguet’s mind between 1793 and 1795 (during his time in Switzerland), its realisation then took six years, from his return to Paris until the patent on June 26, 1801 was obtained.

Although designed for pocket watches, which were generally worn upright, Breguet’s invention made its comeback in the mid-1980s, in the much smaller cases of wristwatches that were far less sensitive to gravity. How ironic! Since then, the triumph of the Tourbillon has proved unstoppable, and year by year, it gains ground.

Today, the main advantage of the Tourbillon no longer lies in increased precision. Instead, the enlightened collector may delight in the beauty of a brilliant invention, in a chapter of human history and in the reassuring regularity of a revolutionary process (in every sense of the word) which, 220 years later, continues to bear witness to the human spirit.