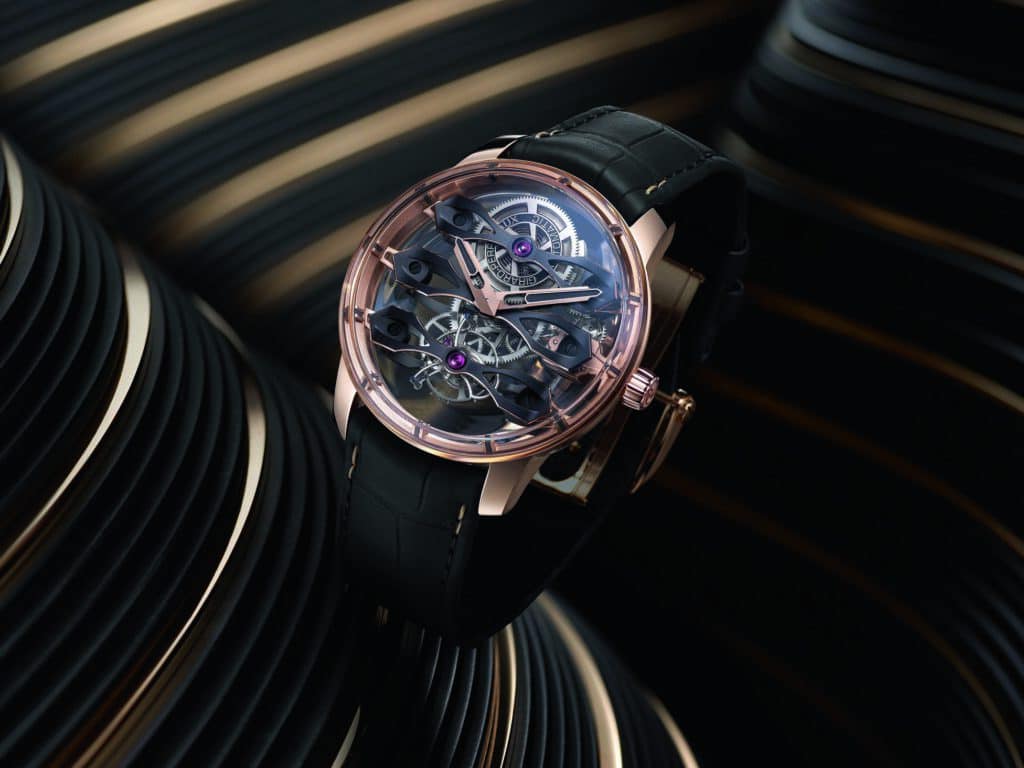 Girard-Perregaux first unveiled its iconic ‘Tourbillon with Three Gold Bridges’ in 1867. The bridges, three functional parts typically hidden from view were made an aesthetic element.

To mark the 230th anniversary of Girard-Perregaux, the Manufacture is revisiting its iconic models and releasing a number of new creations. One such creation is The Tourbillon with Three Flying Bridges which is endowed with three Neo Bridges formed of pink gold, the first time all three Neo bridges have been made from this precious metal. Only the slim, vertical flanks of each bridge are exposed, providing a clue to their composition.

Each bridge is painstakingly chamfered by hand using a small piece of boxwood, a technique employed for hundreds of years. It takes a time-served artisan one full day to achieve a perfect finish. The three bridges not only support the geartrain, barrel and tourbillon, they also act as the mainplate.

The result is that the bridges appear to float in mid-air, seemingly untouched by gravity. By equipping the Tourbillon with Three Flying Bridges with upper and lower crystal box sapphire crystals, the Manufacture has imbued the model with a harmonious degree of symmetry. While the Tourbillon with Three Flying Bridges appears contemporary, it still upholds many of the traditional techniques synonymous with Haute Horlogerie.

The tourbillon is positioned to the base of the dial. Its cage is lyre-shaped, a historical design dating back to the 19th century, albeit in this instance it is made of ultra-modern Grade 5 titanium. A blued hand on the cage rotates 360° every minute and serves as a small seconds display. The tourbillon cage is comprised of 79 components and weighs a mere 0.25 grams. This remarkably low mass mitigates energy consumption, thereby contributing to the movement’s impressive power-reserve of 60 hours (minimum).