Panerai Raise The Bar On Luxury With The Luminor Due TuttoOro 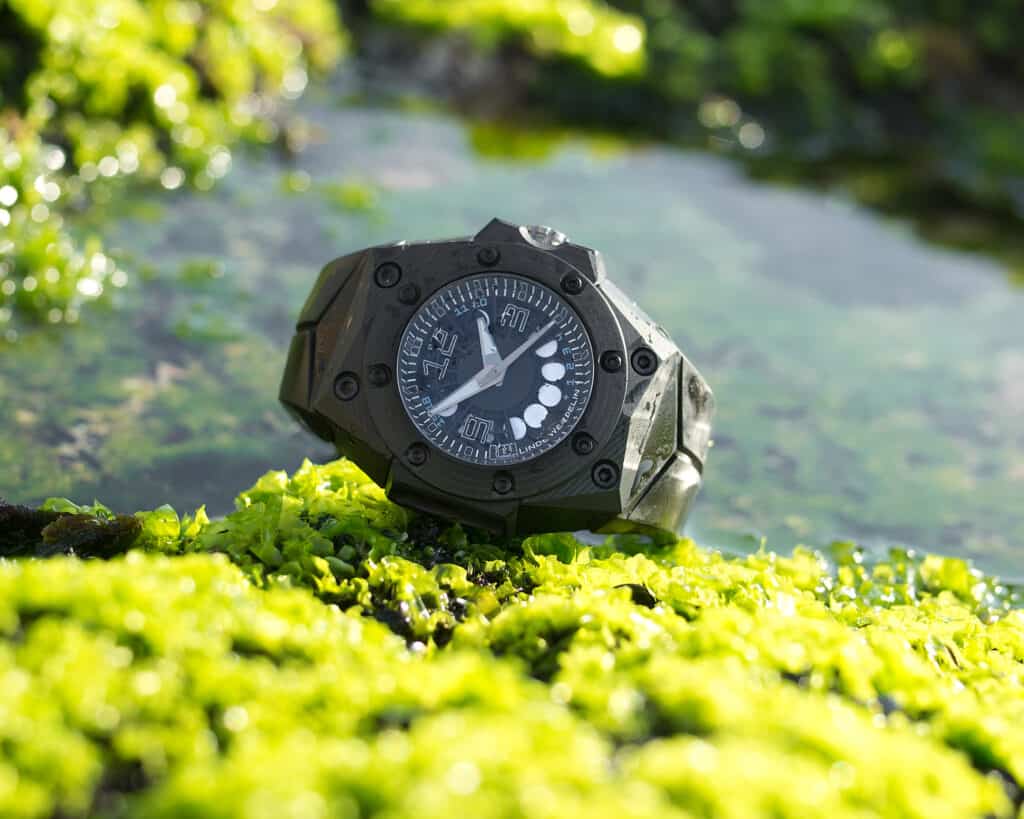 With a case weight of just 60 grams, the Oktopus Moon 3DTP™ Black Ink is now the lightest ever timepiece Linde Werdelin has produced (two grams less than the SpidoLite 3DTP™) making it an ideal sports and diver’s watch (waterproof until 300 meters).

The Oktopus case is sculpted into its signature geometric structure using a proprietary 3DTP™ carbon composite. Different from traditional carbon fibre composites or forged carbon, the 3DTP™ involves a technique of layering thin sheets of carbon to ensure maximum lightness and strength.

The moonphase complication has taken a graphic turn, becoming simpler and stronger to align with the architecture and aesthetic of a Linde Werdelin timepiece. The lume is present in each of the moon depictions as well as on the hands, indices and dial. In a further change, there is no moon appearing in the dial when the new moon is not yet present in the sky.

The dial components are painted in a textured extremely non-reflective black paint with black lume displaying various blues when lumed.

“We are very excited about presenting this particularly iconic timepiece marking our 20th anniversary – I think it shows the essence of Linde Werdelin and our quest for challenging what we have done in the past while focusing on our evolution.”

The moon phase complication was originally conceived and developed in 2009 together with renowned Danish master watchmaker Svend Andersen of Andersen Geneve. The developing moon depicted in the dial apertures allows divers to plan their night dives according to the moon phase, benefiting from light and often more stable weather conditions around the full moon.

A special anniversary series of only 20 numbered pieces, each priced at £16,000 ex. VAT.