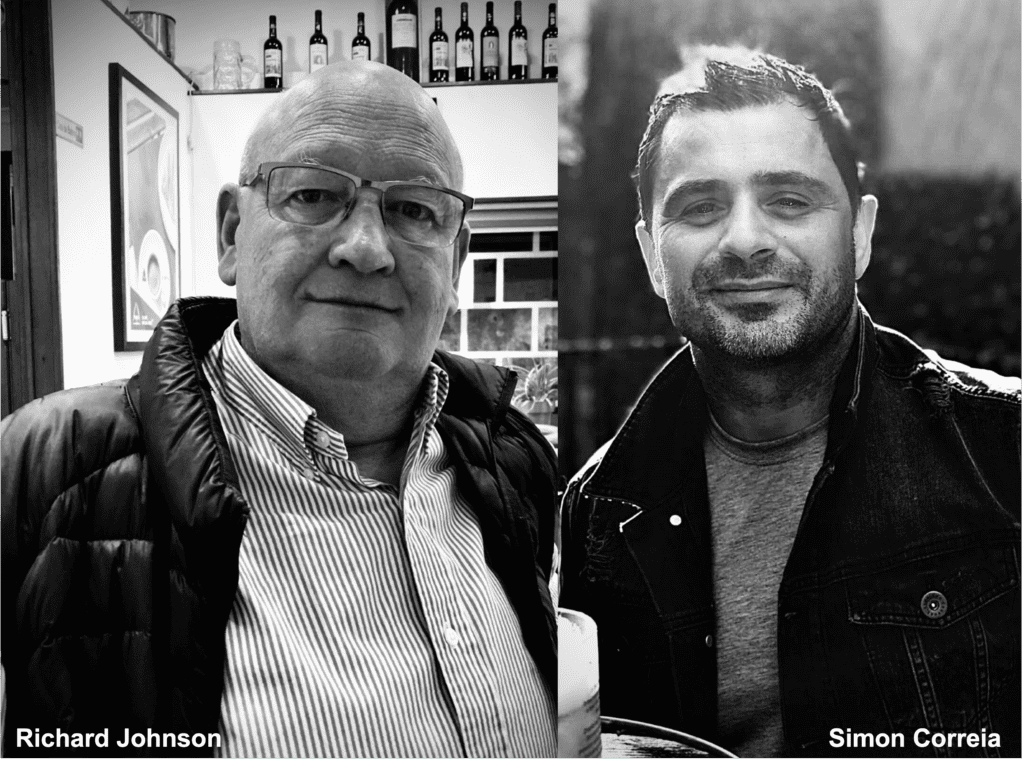 Next we meet Richard Johnson and Simon Correia, Co-Founders of ESCUDO Watches. The microbrand has plans for world domination, so we were delighted to hear the thoughts of the founders, their views on the business and future developments of the brand they are in place to grow the business.

RB: It’s kind of too early to say.

SC&RB: Currently we’ve been working on new dial colours to add to the Ocean Seacrest range, also in the background we are working on our GMT model that we’re looking to release in 2023.

MWM: Tell us something we don’t know about ESCUDO watches?

SC: We are a microbrand but we are planning world domination. Haha!

RB: We have a unique feature on our watch that kind of is there but isn’t, now it’s secret now it isn’t haha!

SC: I wear them all, however this past summer I’ve been wearing the Ocean Seacrest Azul (below) on a white Tropic strap which looks very very cool!

RB: I wear the Ocean Seacrest Preto (below) on a leather strap which looks very sophisticated even on me.

SC: At the top of my wish-list is the Rolex Yacht-Master 40 Everose Rolesor (below). It’s a beautiful watch!

RB: I would love to own a Jaeger-LeCoultre Reverso (below), simply simply lovely!

SC: Personally, the product development part of the business is what I enjoy most, it’s not been easy but I think we’ve done a good job of it.

RB: For me it’s the dedication and attention to detail that watch engineers and designers are prepared to focus on.

SC: It’s brand snobbery. There’s too much of it going around.

RB: The ignorance of people who think they know about watches but have no idea of the complexity involved.

SC: I’m really looking forward to attending the World Time UK watch event as it will be our first ever outing and of course we have the Microlux event in November , so a busy few months for Escudo.

RB: Really looking forward to visiting the United States for the Microlux event in Austin Texas, and also we going to Donington Park to meet up with our sponsored British GT3 racing team Orange Motorsport for the last race of the season.

Both Richard Johnson and Simon Correia are Friends of MrWatchMaster