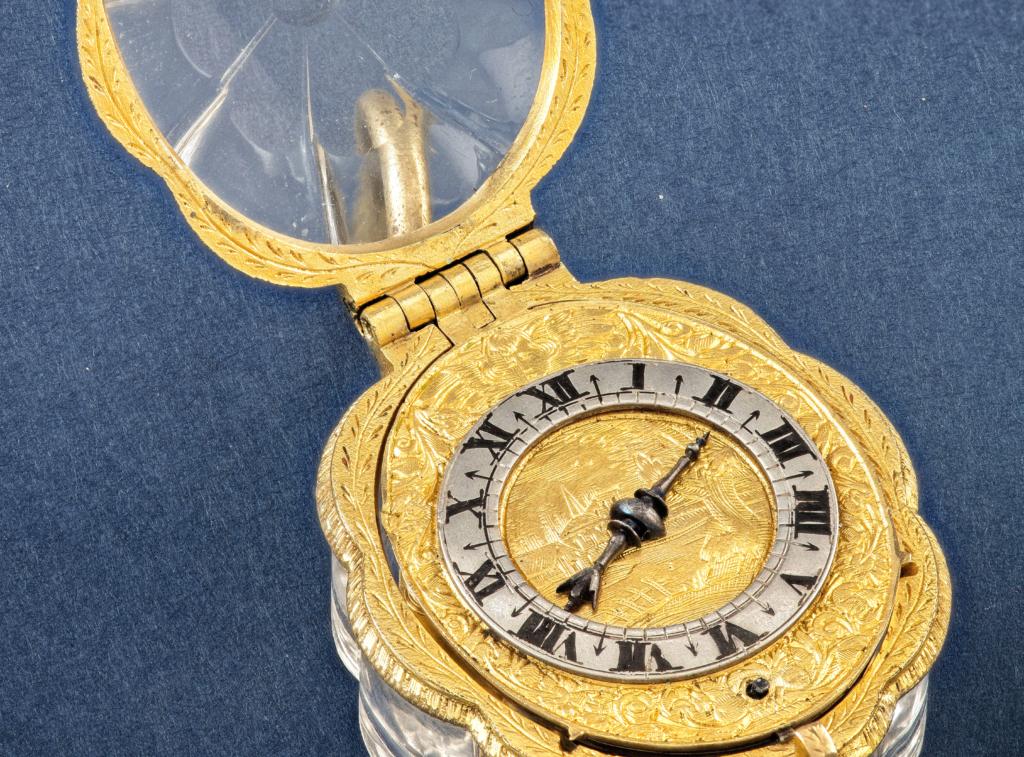 The mid to late 17th century is regarded as the ‘Golden Age’ of English clockmaking. This was a revolutionary period in horology, when advances in technology, most notably the invention of the pendulum and the verge escapement, transformed the accuracy and reliability of mechanical methods of timekeeping beyond anything that had previously been possible.

Two private collectors, including Dr John C Taylor CBE, a Friend Of MrWatchMaster, have teamed up to unveil an exhibition of early English watches and clocks at auction house Bonhams in London for the Innovation & Collaboration Exhibition.

Clockmaking thrived in London, led by a series of ‘masters of the art’ pushed at the boundaries of horological technology: Thomas Tompion the ‘Father of Time’, Edward East, George Graham, Joseph Windmills, Daniel Quare, Edward Banger and Joseph Knibb, many of which are featured in the exhibition.

As a modern watchmaker, it is important to remember that clocks were the foundation of all the horological advancements which would eventually enable the development of the watch. Time starts with clocks, so no horologist or serious collector can ignore the importance of clocks and pocket-watches in our continued endeavour to accurately measure time.” Roger W. Smith OBE, Watchmaker

By the end of the seventeenth century London led the world in clock development. Striking clocks were made that would run for ever longer periods of time without winding and adjustment. Timekeeping became so exact that additional power systems were added to clocks to drive the movement during the short period in which the weights were being wound, ensuring that not even the smallest fraction of time was lost.

We were fortunate to attend at midday to enjoy the wonderful ‘cacophony’ of chimes from the incredible collection of timepieces that you can listen to here. It is lovely to think that the spirit of the makers live within the instruments they created and the chimes that are heard today are the same notes heard centuries ago.

If you love beautiful exquisite objects and the stories behind them, then we would urge you to visit the exhibition – it is free to enter and you will not be disappointed.