An Epic Vortic Journey – From Pocket To Wrist

Schwarz Etienne Rising With A Phoenix

Red Gold Is The Colour For Greubel Forsey 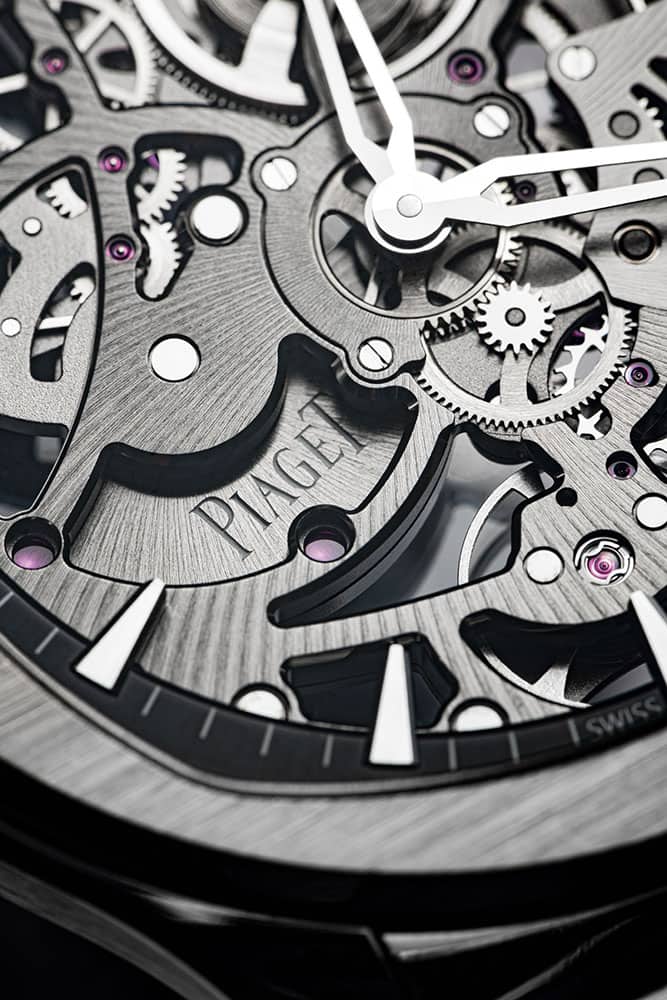 There is an all-new look for Piaget’s iconic luxury sport’s watch – The Polo. There are few finer expressions of horological art than that of the intricate reduction of dials and movements to their bare minimum in order to reveal the true, beating heart of a watch in all its mechanical glory – skeletonisation.

Creating a skeleton watch requires vision, confidence, time and the considerable skill and experience of numerous specialists in order to combine exceptional aesthetics with dependable functionality – and it is a genre for which Piaget has been renowned for half a century.

The first Piaget skeleton watches were made during the 1970s and, as with many of their creations, they immediately attracted a high-profile following.

In order to successfully develop the Piaget Polo Skeleton, Piaget’s designers and engineers had to consider the key aspects of the Piaget Polo that have made it instantly recognisable – notably its curved case surmounted by a round bezel, its cushion shaped dial opening and its slim profile.

The case is a remarkable 30 percent thinner than existing versions, and an evolution of the Piaget 1200S self-winding skeleton movement powered by an off-centre micro rotor engraved with Piaget coat of arms. The challenge has been to maintain the bold and unmistakable look that gives the Piaget Polo its strong personality while simultaneously achieving a combination of elegance, usability and comfort through the thinnest case ever seen on the model.