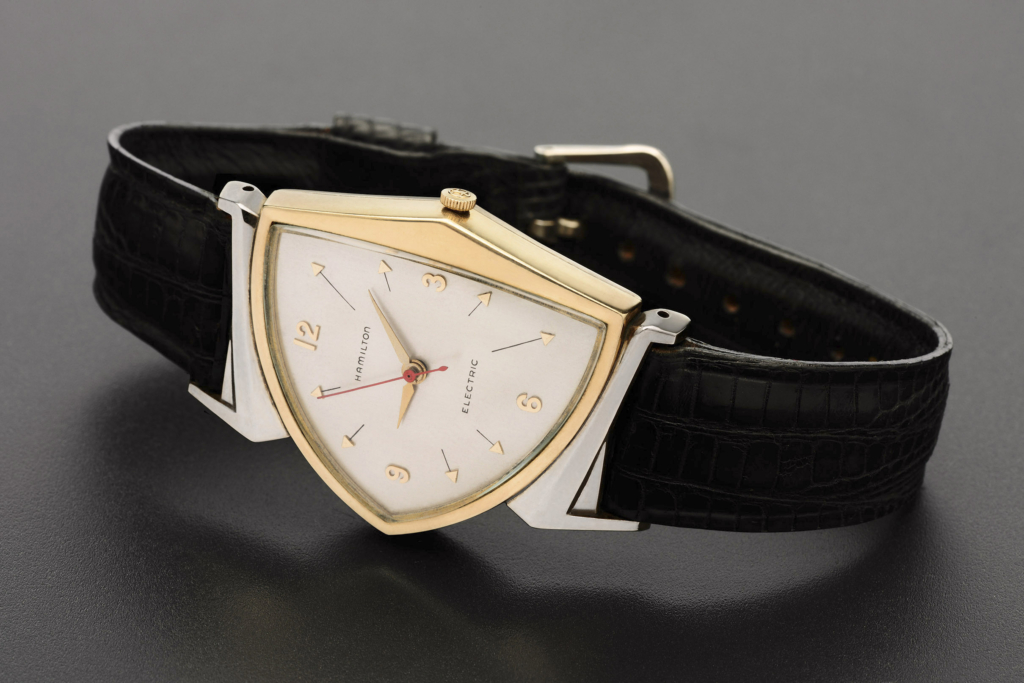 **You won’t see this anywhere else**

Hamilton Electric watches combine battery-power with a traditional mechanical watch balance wheel and gear train. Seen as state-of-the-art in 1957, this revolutionary technology quickly became obsolete, but these amazingly complex movements still capture the imagination today. Between 1952 and 1956, Helmit Epperlein’s company developed a prototype electric watch. The company entered into partnership with the Hamilton Watch Company and further work on a prototype progressed. The end result? Resembles a Hamilton 500