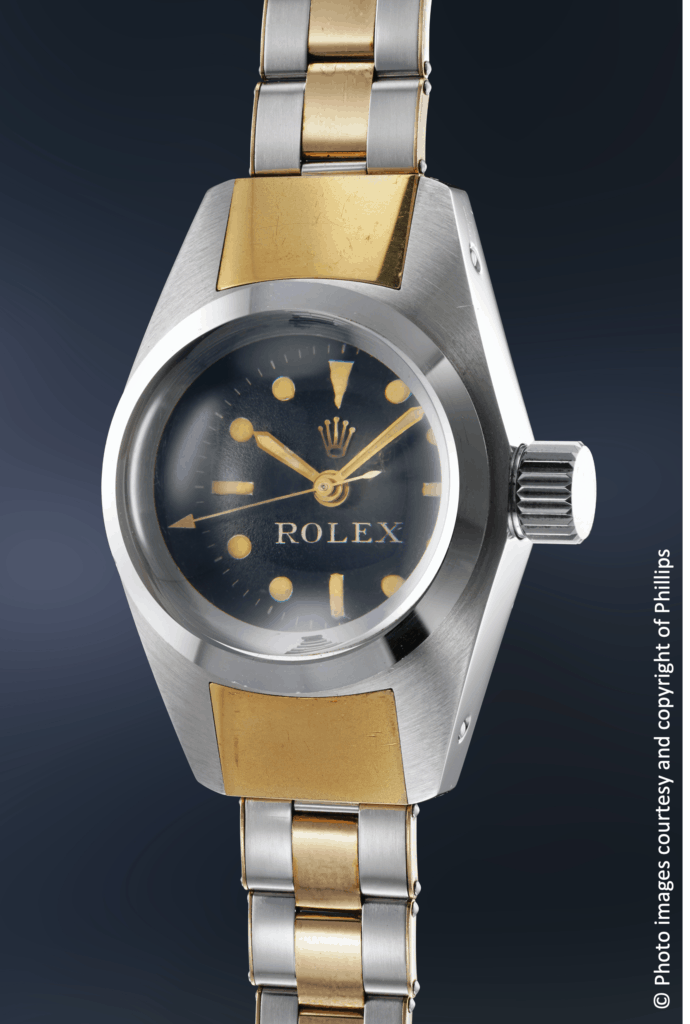 Collectors who are dedicated to vintage Rolex dive watches can cite the various legendary Submariner and Sea-Dweller model reference numbers as well as their unique details. Be it Submariners with no crown guards, or script differences on the dial, a ‘Big Crown’, or a red triangle at 12 o’clock, or indeed the sword hands found on a Military Submariner. These variations amongst model references matter when it comes to collecting. Typically, the rarer the model reference or watch details the more collectable. But there is another Rolex diver that was never originally made available for public purchase – the ‘Deep Sea Special’ watch, which is rarer still.

Watch auctioneers, Phillips in Association with Bacs & Russo have just announced that they will be offering an extremely rare‘museum quality’ Rolex “Deep Sea Special” watch at their upcoming auction. ‘The Geneva Watch Auction: XIV’ to be held at La Réserve Hotel in Geneva on November 5th and 7th.

The watch was made in 1965 with the case and watch bracelet in stainless steel and gold. It is considered to be part of a commemorative series.

“The ‘Deep Sea Special’ fully deserves the Special in its name, the sheer idea of a watch that can withstand a dive of 10,000 meters (that is 10 km) is simply mind boggling! The DSS is a watch that was never available for public purchase and the arrival on the market of an example is a once in a decade event for collectors and watch aficionados to celebrate. We are humbled to have been entrusted with such an incredible piece of horological history.”

In 1953 Rolex had just launched the Submariner model, (Rolex’s own website records that this first Submariner watch was waterproof to a depth of 100 metres). Rolex wanted to further explore the possibilities of dive watches that could be used a greater depth. The origin of the ‘Deep Sea Special’ experimental test watch can be traced to 1953. Rolex collaborated with Professor Auguste Piccard, a renowned Swiss oceanographer and engineer, to test Rolex watches during his diving experiments. Rolex engineers developed a watch fitted with a special case and a domed crystal to hold up against extreme pressure. In 1953, Rolex tested the first prototype by strapping it to the outside of the Bathyscaphe Trieste Submersible. The watch was first tested at 1,080 meters, then submerged to 3,150 meters that same year. Having completed these initial tests Rolex embarked on a second mission in 1960 with a second prototype. They pre-tested the new model within a high-pressure chamber, tweaking and constantly updating details to improve the watch. In January 1960 the new ‘Deep Sea Special’ was attached to the outside of the Trieste Submersible with Auguste Piccard’s son Jacques Piccard and Don Walsh taking the Trieste down to over 10,000 meters below sea level. The selected dive site was the famed Mariana Trench, in the Pacific Ocean.

Accordingly, it is Phillips’ understanding that the first batch of a handful of pieces were used for professional testing with some being entrusted to Piccard following the successful deep dive in 1960. Rolex produced in the subsequent years a commemorative series, (including the present watch that Phillips will auction in November), numbered 35. This commemorative series was in celebration of this incredible achievement and offered to only the most distinguished science, technology and watch museums, along with the most trusted, longstanding retailers and high-profile partners and executives who contributed to the development of the model. Most notably, the ‘Deep Sea Special’ numbered 3, which was strapped to the Bathyscaphe is currently on display at the Smithsonian Institute in Washington D.C. Other museums that have these watches in their collections include the Beyer Museum, London Science Museum and Piccard Museum Nyon (Switzerland). Phillips in Association with Bacs & Russo further note that so rare is this timepiece that only 5 of its kind have been subsequently sold in the public sphere, with other publicly known examples owned and displayed by storied institutions. As such, it has been 12 years since the last example appeared on the market.

Note: if you are planning on buying a watch at auction from a location outside the UK always check first what the situation is with regard any duties and VAT liabilities should you import the watch into the UK. As with all auctions ask about fees and view condition reports in advance of the auction.