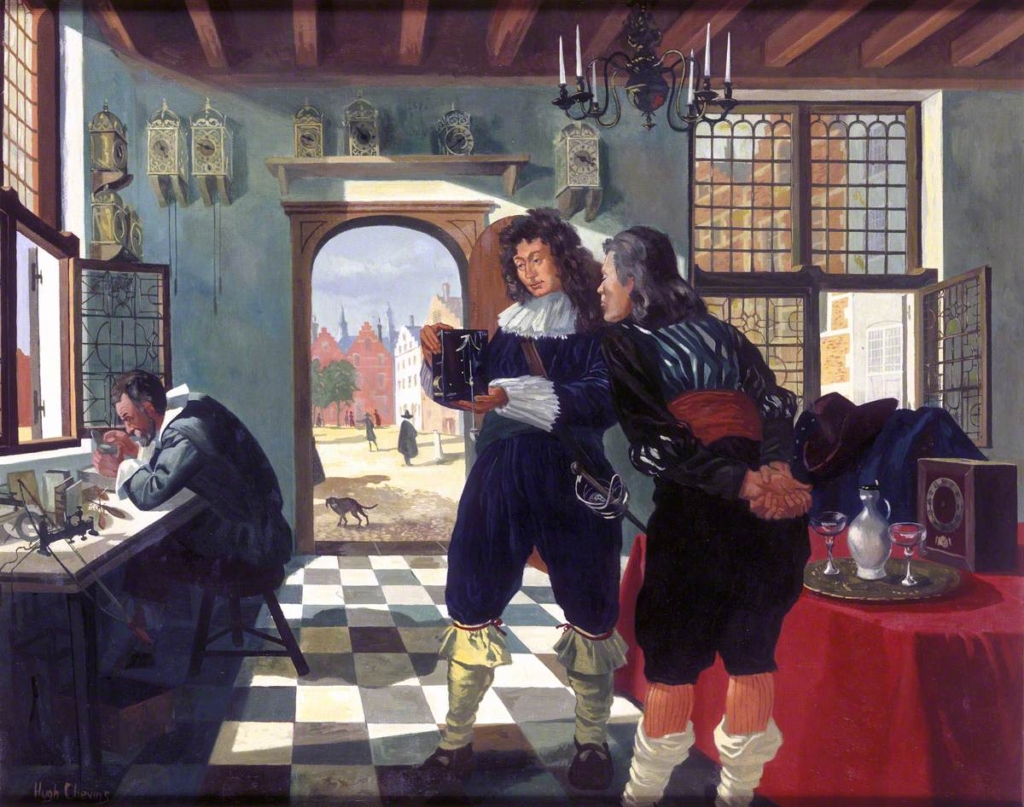 MrWatchMaster Thinks: The Watchmaker & The Scientist

At MrWatchMaster we celebrate all aspects of horology. Throughout history, there have been ‘Master’ watchmakers who have shaped the industry as we know it today: Thomas Tompion, Abraham-Louis Breguet, and Dr George Daniels to name just three.

Since watchmaking began there has been a quest for precision timekeeping. This was most apparent in the seventeenth and early eighteenth centuries, when the most eminent scientists teamed up with the most highly skilled watchmakers.

The characters involved – spread widely across Europe – were at the ‘top of their game’ and included the most illustrious thinkers of the time, such as, Galileo (Italy), Pascal (France), Huygens (Holland), Hooke (England), Newton (England) and Leibniz (Germany).

Their quest was to marry the ‘science and the art’ to produce exceptional timepieces that became the ‘priceless possessions of the few’, but paved the way for today’s more accessible watches.

One of the first horologists to bring together the ‘pendulum theory’ of Galileo and Huygens to clockwork was Solomon Coster. This would be the start of proving the improved accuracy of this oscillator. Following this, Isaac Thuret took this forward and applied Huygen’s balance spring to a watch making it inherently more accurate.

The likes of John Fromanteel (1638-1680), worked closely with mathematicians to develop the ‘equation clock’ that showed both solar and mean time. Thomas Tompion, often referred to as the ‘father of time’ and Master of the Worshipful Company of Clockmakers in 1703, was also shown by Robert Hooke (1635-1703), how to make an equation clock. During this period Julien LeRoy (1686-1759), went on to make a fine example.

Although these timepieces did not add necessarily to the accuracy of timekeeping, they reflected the social changes of the time, that society was moving away from time marked by the sun, through ‘Sundials’, to more of a dependence upon mean time. This was the period that the day was beginning to be divided into equal hours, leaving behind the ‘natural rhythms’ of ancient times.

The late, great, modern-day genius Dr George Graham, made his extraordinary Space Traveller watch in 1982, described as one of the finest timepieces ever made, includes both solar and sidereal time.

Important progress was made by Graham Graham (1673-1751), Tompion’s partner and ultimate successor, invented the cylinder escapement which added an extra dimension in accuracy. He also invented the ‘dead-beat’ clock escapement that eliminated ‘recoil’ that was inherent in ‘anchor’ escapements – this was used in the most accurate ‘regulator’ clocks.

This was a magical time in horology, often referred to as the ‘golden age’, that brought together the greatest minds, using conceptual powers and the finest technical craft skills known to push the boundaries of accurate precision timekeeping to the limits.