A FOPE Bracelet Is A Must-Have Accessory For Your Watch

Panerai Raise The Bar On Luxury With The Luminor Due TuttoOro 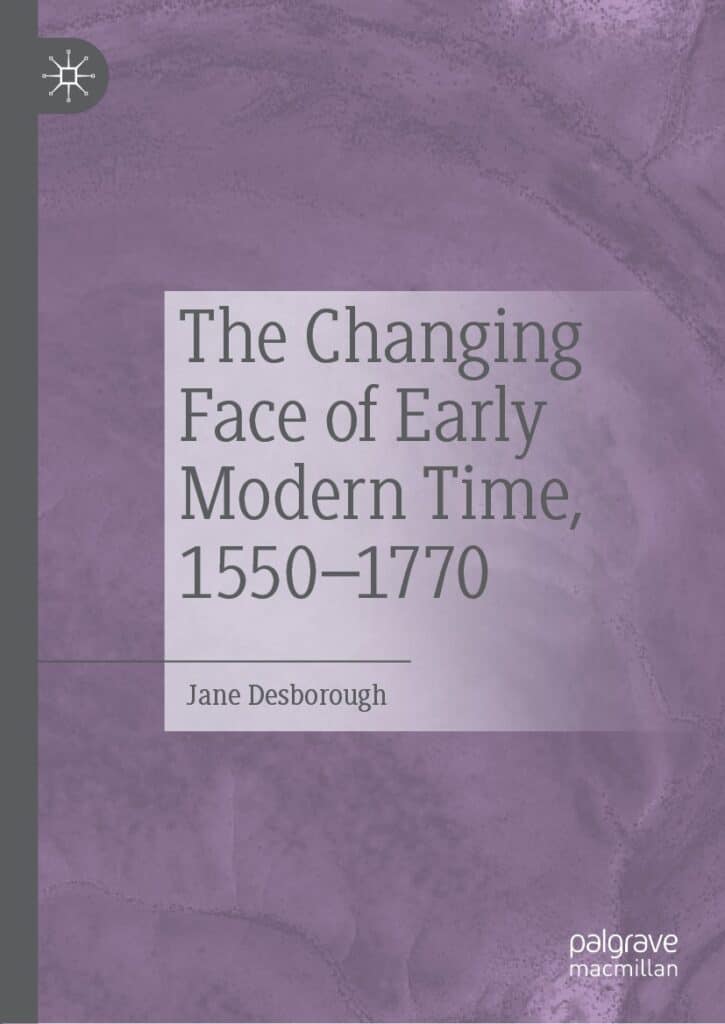 The Changing Face of Early Modern Time, 1550–1770 is an extraordinary book in every way, exploring the changing use of clocks and watches offering new insights into early perceptions of time and its practical use.

The book’s author, Dr. Jane Desborough – Curator of Scientific Instruments at the Science Museum in London – must be congratulated on the in-depth research that has led to a reinterpretation of early clock and watch dials on the basis of use. She is well placed to present these fascinating new insights as she manages the museum’s Time Measurement collection.

The book is well thought out and divided into eight Chapters, taking you on an extraordinary journey through early timekeeping, as follows: 1) Introduction; 2) Communication Methods; 3) Trust and Distrust; 4) Tools of Enablement; 5) Calendrical Insight; 6) Lunar Wisdom; 7) Astronomical Knowledge; 8) Conclusion.

Each Chapter is broken down into relevant sub-sections that allow the reader to navigate through, what can often be extremely detailed explanations, identifying the connection between 16th and 17th century watch and clock dials to written material, such as Almanacs. We are told that dials were a device for both transmitting and creating knowledge. Users were wealthy, literate and familiar with the latest publication of almanacs and books of astronomy, mathematics, astrology and memory.

An example of this being Thomas Hatton’s Introduction to Clock and Watch Work of 1773. Very much in keeping with the genre of pamphlets written by clock-makers, Hatton offered a technical explanation, in his Preface, of clock-making (below).

“That the business of clock and watch-work, is a business of science is evident to any man of reason, for it is no less than an attempt to measure time…”

Thomas Hatton’s Introduction to Clock and Watch Work of 1773

It was clear that by deconstructing the dial and closely comparing its components with texts from the period, dials are positioned within the history of astrology and mnemonics for the first time. Ultimately, the calendar function survived, given that it served a religious and financial purpose in helping users to remember the date for Easter and dates for paying taxes.

It was demonstrated that apart from components which became part of the standard format, every other feature of the dial disappeared once it was no longer useful, with the exception of rare examples that survived for aesthetic reasons. Throughout the period, clock- and watch-makers provided users with dials that were genuinely the faces of the kinds of time that their owners could make the most use of. We learnt that Clock- and watch-makers wrote pamphlets, explaining the equation of time, to reassure users that they could trust the time displayed on their clocks and watches more than the sundial.

Dials in the period prior to 1770, not only made their users’ lives easier, but demonstrated the capability of clockwork for providing new combinations of knowledge. For the first time, this book has shown that the true meaning of clock and watch dials can only be revealed through a comparison with printed paper sources which was due to the boundaries that existed between text, diagram and instrument.

By providing the first in-depth deconstruction of dial formats this book reveals that clock and watch dials also influenced printed paper sources by playing an active role in validating existing communication methods and establishing new ones. It shows how from the late 17th century, equation of time tables were provided in almanacs to give users of clocks and watches information relating to the functioning of their timepieces.

Through time it was evident that from the late 17th century dials became plainer in appearance, – as did almanacs – due to the reduced amount of information shown on them. This was many a consequence of the decline in the popularity of astrology. Although astronomical indications declined, they were survived by calendar and lunar functions.

We are told that by the late 17th and early 18th century astronomical clocks were used for teaching, not in a school or university, but to groups of fee-paying attendees in public venues or to wealthy individuals in private settings.

It was made abundantly clear that understanding the influence of user’s emotions and maker’s responses to them has helped immensly to complete the understanding of the many factors that led to the emergence of the standard dial format by 1770.

Finally, and perhaps most interesting of all, is that none of these findings would have been possible without comparing dials with printed paper sources.

This is a fascinating and compelling exploration of an extraordinary period of change for all aspects of life seen through the development of the watch and clock dials. It gives an incredibly detailed and comprehensive insight into how timepieces evolved from multi-functional instruments connected to printed text, into a more recognisable standard format we all know today.

Perhaps of particular interest to watch and clock collectors is the re-emergence of the lunar and astronomical functions complications almost 200-years later. For example, it would be fascinating to know how much of an influence the early history of complicated dials had on the likes of Henry Graves, when he commissioned his ‘Super-complication’ pocket watch from Patek Philippe in 1925 (above).