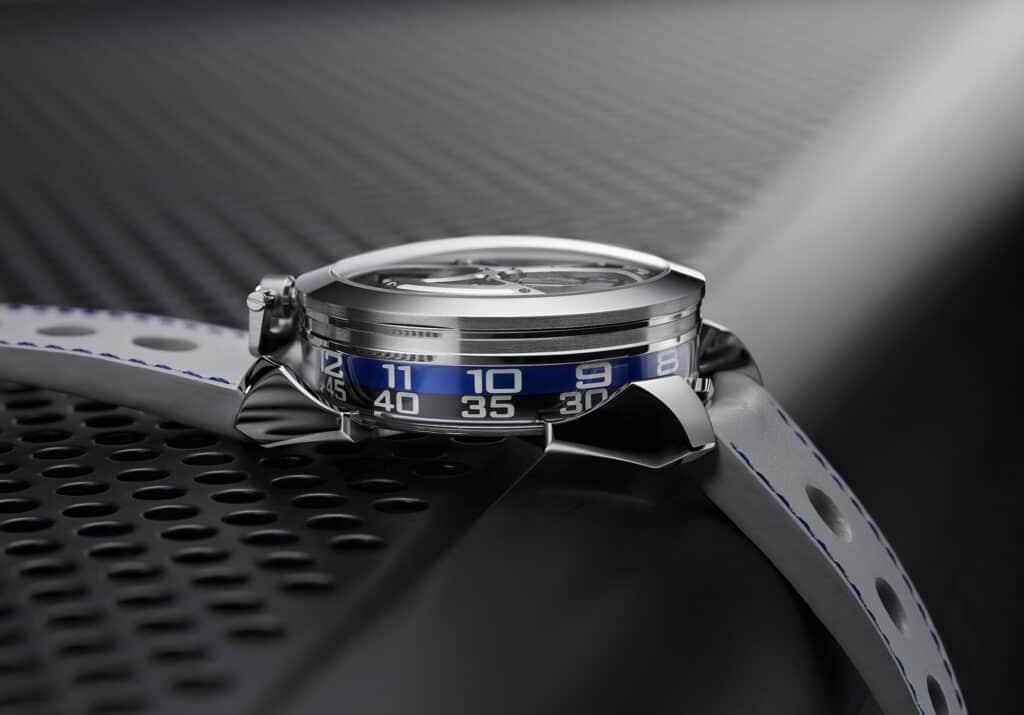 A M.A.D.1 Message from Maximilian Büsser

Transcript of the video announcement by Maximilian Büsser, owner & creative director of MB&F

We certainly were expecting our M.A.D.Edition watch to generate some contrasted reactions, which would be totally understandable – but nothing like the tidal wave which submerged us! Of course, the fact that we did not communicate at all on it, generated the wildest assumptions in the market.

Now that the dust has settled a little, let’s talk about it.

First of all, I LOVE creating our Horological and Legacy Machines at MB&F, and I have absolutely no plans to slow down on that front.

Most of you do not know that when I started MB&F 16 years ago, I had created in parallel a second watch brand which was around US$ 4’000 retail. It was called Green Dog, and even though the product was really cool, I never found the funding necessary to launch it. And… in hindsight, that is probably a very good thing.

Why would I want to do that? Because I have always wanted to create pieces for my friends and family. Also, I must admit that there is an enormous intellectual challenge in trying to create something original at those lower price points: the technical constraints are immense and completely different to ultra-high end pieces like MB&F. And as usual, I love learning and getting out of my creative comfort zone.

Nine years later, in 2014, I thought up this amazing [M.A.D.1] piece. Even though we are truly proud of the result, we could not put the MB&F name on it – the engineering, complexity and of course the finishing are not at all in the same league. So we created a new label, “M.A.D.Edition”, linking it to the mechanical art universe we’ve created with our M.A.D.Galleries.

The development process clearly lasted a while, because we were doing this as a side project, on top of all our very intense MB&F activity. At the same time, it was clear in my mind that M.A.D.1 could not put our MB&F operations in danger; our highly skilled but small team of engineers and watchmakers create and craft just over 200 timepieces a year. The M.A.D.1 is obviously not as complex, but those same watchmakers modify the base movement, mount the hour and minute cylinders, the oversized rotor, do the encasing and the final testing… Assembling thousands of M.A.D.1s is UNTHINKABLE for us; our workshops and team are just not equipped for it.

That’s why, after much internal debate, we decided to proceed step-by-step, and – this is important! – in the fairest way possible. Without MB&F there would be no M.A.D.1, so let’s use this occasion to say a big THANK YOU to those who helped us create MB&F.

First the “Friends”: the over 100 talented suppliers who have helped us create our timepieces since 2005. Those who craft our dials, hands, cases, escapements, movement components, sapphire crystals… but also the photographers, writers, designers and all the other creatives we work with; the vast majority of all those people definitely don’t have the means to acquire an MB&F.

The second group of people to receive an email from us were our patrons: the collectors who have supported us from the beginning by acquiring our Machines. Without them MB&F would not exist. This is why the M.A.D.1 was also suggested to the members of “The Tribe”, our owners club.

Now let’s come back to the watch itself! Actually we’re super proud of what we’ve achieved for that price. The case structure and time display are especially innovative, with an upside-down movement allowing to place this titanium and tungsten rotor on top, revolving hour and minute rings around the case… the construction of the case (which is a mystery) – we’ll keep it that way for a little longer 🙂

At that price point, developing a caliber from scratch was obviously not an option. We looked at various solutions, but one factor was key: a unidirectional winding system that allows the rotor to spin easily and at high speed. The only movement at that price point is the reliable Miyota, which our watchmakers modify thereafter in our Geneva workshops.

As for the 2021 price for the Friends and The Tribe, it of course does not reflect the real value or the cost of the M.A.D.1. At this point, it can only be thought of as a THANK YOU.

Having said that, we have many other friends and partners who are neither suppliers nor Tribe members, and myriads of them have informed us that they want a M.A.D.1.; so we are still discussing with our team the possibility of making it available to a wider public. As mentioned, it would require some adjustments in our production setup, but I can tell you today that we will do our best to make it happen. In any case, that would be a somewhat modified version, and made available at best in early 2022.

Thank you again so much for all your incredible messages over the last weeks and therefore…
stay tuned!